The Audacity of Hope

I am currently reading a book that contains 26 of the most influential addresses of Barack Obama spanning his political career. Readers that are in America will no doubt recognize the title of this post as a recurring theme throughout Obama’s speeches. He uses it in many different contexts, for many different subjects, but the phrase has stuck with me over the last few days, as no doubt it did with Obama when he first heard it.

Dictionary dot com defines ‘audacity’ as a shameless boldness or daring, especially with disregard for personal safety. Bold or daring acts or statements.

It defines ‘hope’ as ‘the feeling that what is wanted can be had, or that events will turn out for the best’

So the phrase ‘the audacity of hope’ can be defined, turned, used and pulled apart in many different ways, but before I go there, let me share a condensed version of my last 12 months with you. 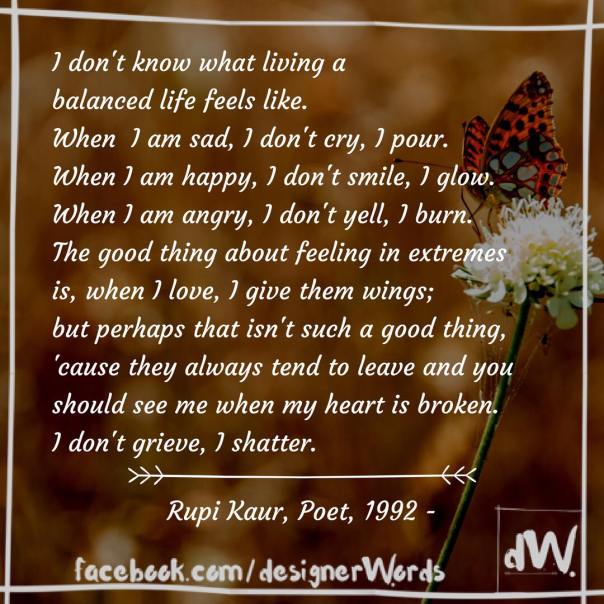 In July of last year, after 15 years of ‘trying’ my husband and I transferred a frozen embryo via IVF technology. We had decided that this would be it; if it worked fantastic, and if not we’d go about creating a life that we loved for the two of us. After 15 years without a pregnancy or baby our life was already full. We’d both had too much sadness and loss to sit by and wait for life to ‘begin’ when we had a child, so we were quite confident (or arrogant) that whatever happened we would be ok and make it work.

The transfer succeeded and I became pregnant. We were happy with the news, if not a bit overwhelmed it had actually worked after so much time. However, before we could get our heads around it all I had an extreme reaction to the build up of the hormones I had been taking over the previous 8 weeks that were holding the pregnancy in place. It seems easy to say now it was anxiety, but the reality was far from a one word description.

I hardly ate for over a week, and only just managed to keep fluid levels up. I experienced rolling panic attacks for most of the day that left me feeling exhausted, terrified and helpless. I also had stomach cramps, nausea and gastro like symptoms day and night.

After a week of being told it was normal, we phoned the emergency specialist at the clinic (it was a Sunday) and he said that the symptoms I was experiencing were very serious and that the only way to stop them was to cease the hormones. This would in all probability lead to a miscarriage, as it was the hormones that were developing the pregnancy and holding it in place.

My husband and I were placed in an impossible no-win situation, but there is no way that I could continue the way I was going. Being terrified and incapable of walking 5 steps to the bathroom is not an option for a person who knows herself as being strong, independent, capable and fearless.

So, we made the heart breaking decision and stopped the hormones. We followed up with an appointment at the GP (who has been amazing throughout everything). He said he was relieved I had stopped, as this type of continuing distress and panic often causes permanent psychosis, especially in pregnant women.

We miscarried a viable embryo, and in a fortnight hormone levels had returned to normal, via emotional highs and lows I never could have imagined. I only wish anxiety mapping in the brain, and grief, could dissipate so quickly.

Over the last 12 months, my journey has included 5 relapses, withdrawals, side effects of sedatives and anti-anxiety medication, zero contact with the fertility clinic, who have showed absolutely no ongoing care, follow-up or empathy, the complete inability to work in my own business, isolation, disconnection and a complete lack of recognition of this person that should be ‘me’. And it’s still far from over.

I’ve had to come to terms with the fact that I will probably not ever have children, and need to somehow adapt to a new normal that involves daily medication and the ongoing possibility of panic and anxiety, with no recognisable triggers.

There have been so many emotions to deal with. Grief, anger, failure, sadness, denial, depression, guilt. The guilt is the one that took me the most by surprise. So much unexpected guilt; was it my fault? Did my baby know it was loved, even for that short time? Did I just fail at the first test of being a mother? Maybe I’m not deserving? Guilt for not being stronger, calmer, ‘better.’

Guilt for putting my husband through the horror of watching someone you know and love disappear completely before your eyes and feeling powerless to stop it. For not carrying my share of our business and adding pressure to his already stressed shoulders. Guilt about not being able to ‘shake it off’ and get on with things.

And being gifted has not been my friend during this time. I have researched and am informed enough to understand that when the Dr says ‘you’ll be ok’ I can’t just take him at his word. I KNOW things sometimes go horribly and irreversibly wrong. To have that doubt swirling around whilst feeling and experiencing everything with the intensity dial set on high means that not only was I sad, I was devastated. I wasn’t just uncomfortable in my own skin, I wanted to peel it off and climb out of it completely. I have posted some of my journal entries and thoughts in earlier posts and reading these can give you more of a sense of my journey, which I am pretty sure isn’t over yet.

Where is this going?

We need to come back to hope. Bold, defiant, shameless hope. Trust that whatever comes my way will turn out ok. That this too will pass.

There have been moments when it has felt as though my whole world is folding in on me.

I don’t know how to be anxious and uncertain; nervous and worried; concerned for myself over others, this is not who I am, who I’ve ever been, for myself or my close friends and family. But I’ve had to learn.

I am still learning. I’m learning that people who say they are there for you, sometimes aren’t. And sometimes kindness comes from the most unexpected of places. I’m learning to trust and rely on people. I’m learning that things will turn out for the best and this year has given me new depths of empathy, kindness, compassion, acceptance and patience for other people.

I’m learning the audacity of hope.

One thought on “The Audacity of Hope”